Our debut film and score Elegy Highway tells the story of Jimmy Rollins, a boy scout on a bus trip to Washington, D.C. and the America he encounters through the bug-stained windows. An ode to the road and semi-autobiographical, Elegy Highway unfolds like a surreal road trip scrapbook and history lesson – a compacted map of key events from the last fifty years as the bus drives across the country. Image, score and sound effects, including a found 1960 ‘talking letter’ recording by a housewife musing on personal, social and cultural issues create an impressionistic, ‘found’ portrait of an America at a crossroads. The film incorporates original footage and field recordings as well as found footage, personal home movies, found dialog and video samples. Read more about the film source materials here. The film story was created using a self-described ‘vusician’ process wherein the live interplay of music, sound and image ‘write’ the film narrative and are treated as equal elements from beginning to the end of the film-making process.

We performed the debut of “Elegy Highway” on November 11, 2017 at the famed Music Box Village with a ten-piece orchestra that featured New Orleans finest with David Lovering of The Pixies on drums. You can watch the film only version with the live soundtrack or the film plus performance by the musicians version. Click on either of the links below.

The score was composed and performed by Carlos Grasso and James Slay and features guest musicians and friends: The Section Quartet, David Lovering of The Pixies, Grant-Lee Phillips of Grant-Lee Buffalo and bassist Dylan Howe. 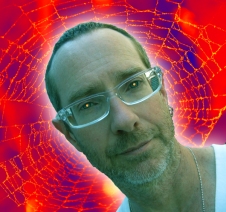 The soundtrack was produced by Dennis Herring, who also contributed additional keyboards and a portal to a parallel universe.