ASPHALT SERENADE is a film and scoring collective of artists and musicians wherein a narrative film is created by blending the live interplay of music, sound and moving image to ‘write’ the story in a rehearsal process called vusicianship. This is partly accomplished by assigning video samples to specific music keys or chords in order to treat the video mixer as a musical instrument. For example, rain or a time-lapse would be a minor chord whereas sunshine might be assigned an E chord. Live performance of the film, score and sound are the core of how we ‘screen’ our movie, therefore the original edited film and produced score are templates to interpret on stage rather than being the final product. The model for our process is the silent film scoring experience except that our film is edited live in tandem with the music and sound. In essence, the film post-production process is presented as a live stage experience where spontaneity determines the tone of a shows film and soundtrack. The resulting documentation(recording) of that performance becomes a unique edition, or version, of the original film and score.

Our first project from this film/scoring experiment is Elegy Highway – a mash-up film using original and found media. You can currently watch the film in one-minute episodes on Instagram. Join our mailing list to receive updates on screenings and film postings. Live performances of the film and score will also take place this summer and fall, 2017.

ASPHALT SERENADE was founded by artist/filmmaker/musician Carlos Grasso because he’d always wanted to be in a band and figured his late fifties was as good a time as any to start one. He corralled his friend and fellow musician, James Slay, to embark on this virgin unpredictable journey of film and sound. Elegy Highway features James as co-composer and film realizer. James has since moved on to other musical ventures allowing for new collaborators on future ASPHALT SERENADE projects. Everyone who worked on Elegy Highway or contributed something to it is a friend of ours and were key to the making of this debut project. We are indebted to them and in awe of their talent. Without friends, what are we? Please read the film and score credits for a complete list of collaborators. 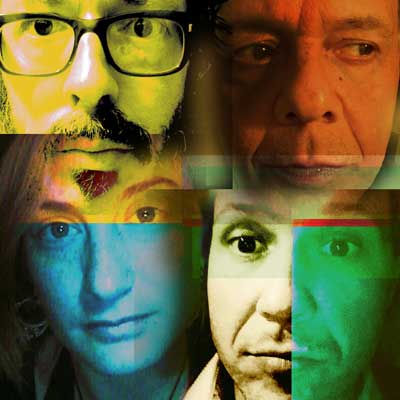